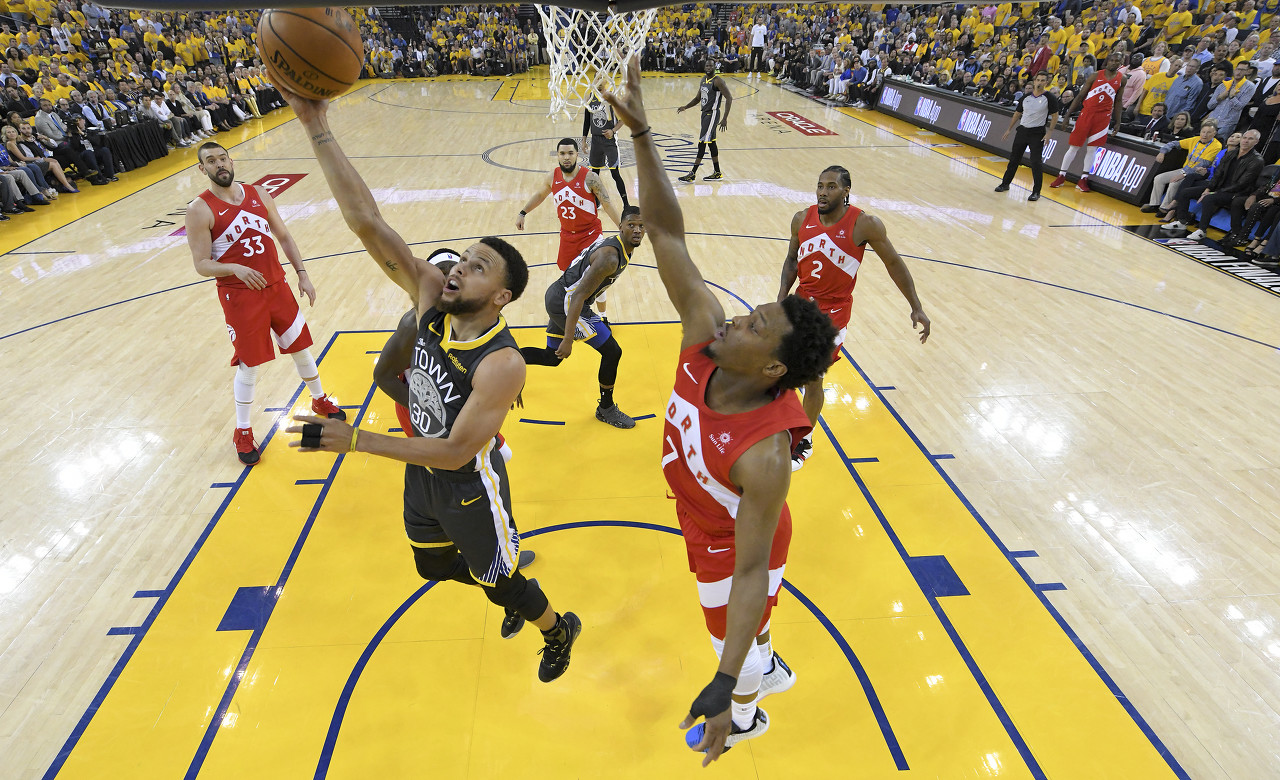 REMINDER: This thread is only for serious and thought-provoking analysis. We ask users to report low effort comments that do not bring insightful discussion. Temporary bans may be handed out to users who post memes and other low-effort or off-topic comments in this thread.

What a story Van Vleet is, passed up by colleges, passed up on in the draft and in the end he was the guy who stepped up out of nowhere to keep Toronto's offence hot when nobody else could. Dude has made so many key key shots in the playoffs.

FVV deserve that 1 FINAL MVP vote, he shouldn't win it, but he deserve a vote to acknowledge the fact he made incredibly tough shots when it mattered.

Similarly, I was disappointed that Lowry didn't get at least one vote. There were a number of games throughout the playoffs where he set the tone himself in the first two quarters and, with his play-making, kept it close enough that Kawhi could heat up in the second half and bring it home. I'm glad Leonard showed him respect he deserved after the game tonight.

Marc Gasol struggled on offense, however it was key that they had Serge Ibaka who came onto the floor and gave them quality offense and defense. The Raptors had a solid team and Kawhis defense and rebounding was a big difference in the Finals.

I have friends who were frustrated with Gasol due to his slowness but kudos to him. We wouldn't be in the Finals if he didn't stop those big guys in the east. He deserves it so much..I am so happy that he got a ring. At least Pau won't troll him for not having a ring. LOL LOL

The only problem was his unwillingness to take some shots and he’s just not that good at finishing around the rim anymore. But he really did what we needed from him and we’re not winning that Sixers series without him, even Orlando’s series could’ve been a struggle without him.

Marc passing out of a wide open 3 was the most frustrating thing ever as a Grizzlies fan. Like just shoot! You're actually good at it!

You could see it from Gasol. He knew he was struggling with his shot. The 2nd half he stopped shooting and fed his teammates more. Props to him for realising that sometimes it just isnt your day and to change tactics in the game to still benefit your team.

That's why having two starting calibre centers was such a great move by Masai, gasol clearly didn't have it last night, and Ibaka was able to pick up the slack

Depth really mattered this series, especially with the injuries to gsw

Ibaka couldn't stop Boogie from scoring though, he was getting completely bullied down low.

Being able to play Gasol when Boogie is on the floor, and then Ibaka when it was Bogut or Looney was huge

ibaka played incredibly well for the last few games of this series. his jumper was hitting and he was killing them with the pick and roll

I was very impressed with the Raptors this series. Deep, talented team that defends at a high level. And yes, things would have probably been different without the injuries (KD Achilles and Klay ACL, are you fucking kidding me? I’m devastated man) ...but Toronto still earned this ring with their play this series. Their whole squad stepped up and kinda stole the “Strength in Numbers” mantra from us. So many different players gave valuable contributions, it felt like every game at least two players besides Kawhi scored 20+. So I won’t take anything away from them, like I wouldn’t from us in 2015 when we beat the Cavs sans Kyrie/Love.

One thing about this current roster is veteran poise. Never too high after a win. Never too low after a loss.

Ability to punch back all the time and the only anomaly was the 18-0 run in that third quarter. That is really hard to do

In game 3-4 in the oracle. The raps simply wore out the dubs by being more physical and healthier

That was something, I'm still digesting that game. There are a couple of points worth discussing on the Warriors side imo

I think what stood out the most was golden states inability to get moving after Klays injury. The Raptors were picking up Curry as soon as he hit the center line and just crowding him. At one point you had Curry, Cook, Looney, Iggy and Green out there and they just couldn't do anything offensively against the Raptors defense.

Another point is that while Boogie may have been a net positive offensively he was getting absolutely destroyed by the Raptors pick and roll. Boogie simply cannot match up against smaller gaurds effectively.

Lastly, I believe Kerr had possibly one of his best coaching games ever and it will go unnoticed because of the loss. The last half was absolutely exquisite coaching trying to replace shooting in his rotations with Cook, balancing Cousins offense with Looney's defense, giving his team one last opportunity on that inbounds play. Dude coached his fucking heart out

Klay Thompson was having one of the best Finals shooting performances ever before he went down: 25 points per game on 58% from three and 70% TS overall. Losing him for most of next season is 100x worse than losing the Finals IMO. It looks like the west is wide open now and any of the middling teams can break through.

I’m most impressed by the fact that Toronto won three out of their four games in Oakland. That is absolutely unreal.

To dig further into this, the home team lost every game but game 1.

I agree on the injuries. The Warriors are a historically talented team... beating them even with a few injuries is no small feat.

The Raptors also got past Philly and Milwaukee, both of whom I think were legit contenders. Heck, Milwaukee was my pick to win it all heading into the Conference Finals.

That being said, it was such an anti-climactic end. Klay was going off, and for him to go down, too... Felt like the Finals ended on a whimper.

Edit: Warriors’ inability to get decent contributors with their late draft picks finally came back to bite them. Didn’t think it would happen with their high-end talent, but Jordan Bell, etc. just aren’t good enough.

KD and Klay being injured completely changes the free agency landscape this summer.

Would GSW really, really be able to justify going DEEP into the luxury tax for two players who won't be playing for at least one year?

What a legend. Which team will pick him up? They should be championship favorites next year.