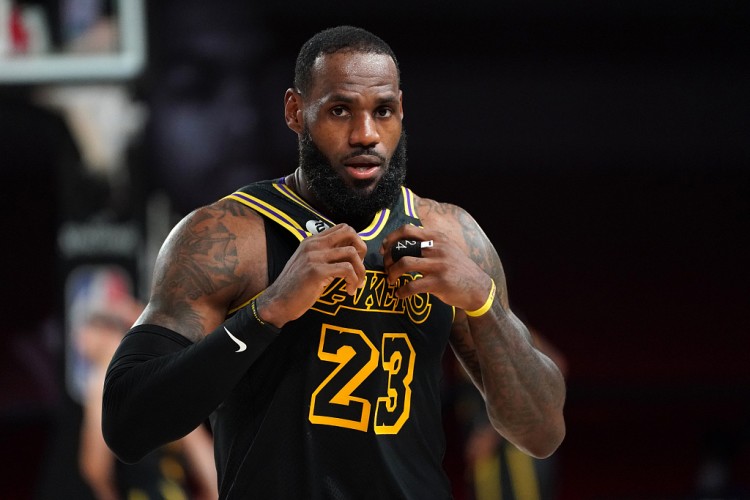 One of the most dominant decades by a single player in league history capped off with yet another Finals MVP for King James. Will the 2020s belong to LeBron as well? Only time will tell

People genuinely think (even with these results) that it's a bad idea to let Bron run and dictate teams. They talk about him selling off teams futures and picking players to win like it's a bad thing. And it's like... Have you seen the success he brings? Literally any franchise would kill to have his success in the past decade. It's amazing watching the mental gymnastics

LeBron can do whatever the fuck he wants to the Lakers if it means another chip within the next 3 years.

The Zach Lowe quote from his podcast a couple weeks ago puts it really well:

"When you get Lebron James...Coaches will get fired, draft picks/young players will get traded to get him his help, but Lebron will take you to the Finals (barring any injuries). He will not lose in the Conference Finals, he will not have a blip in the Second Round...that's the payout."

And people think that's a bad thing. I don't understand it. But they do. The amount of people who would have gone to town tearing him apart for "his" roster construction if they lost would have been insane without any assessment that it's actually amazing to make the finals any year, even if you don't win it

Exactly. Those people must be happy with first and second round playoff exits. Or just missing the playoffs. LeBron's record speaks for itself. In the past 10 seasons, his teams are 27-0 in the playoffs ahead of the Finals. And he's 4-5 in the Finals. If people think losing in the Finals is somehow a stain on his record, then what do they make of everyone else who loses even earlier in the process? 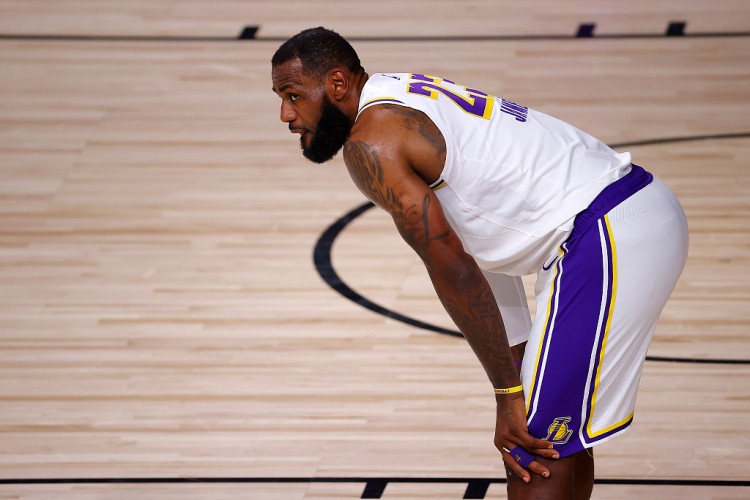 It’s a symptom of Michael Jordan. Perfect record which is badass but unrealistic. But maybe that’s the allure. I think luck always plays a part and Michael Jordan was ahead of his time (during the era of bigs).

Every time I see people saying shit like this I just laugh. I mean even as a spoiled Lakers fan I'd rather see my team always have a chance to win it all than "do it right" whatever the fuck that actually means

It just makes no sense. They literally use his success as evidence that it's a bad thing that he's LeGM (which,

although he clearly has incredibly influence, makes no sense)

They say that when hes not in their team. When hes on their team they start sucking his dick. Even the heat sub were talking shit about lebron during series lol.

Thats when i realized these fans talk about loyalty and shit but they dont have any. They just want players to win them a championship so theyll feel better about their lives momentarily.

Lakers sucked for 7 yrs and didn't win for 10 years, that felt super long for me like when Kobe won his last with Shaq before Pau came and I can't even imagine what it's like for fans of teams who've never even reach the finals.

I KNOW I'm spoiled not only with success but the all time players I've managed to watch in my lifetime on this team and that's exactly why I don't understand fans who choose their pride than accept an all time player lead them.

As a Blazers fan whose team (almost) always makes the playoffs but hasn’t been a serious contender since 2001... I would trade our consistent success over the past two decades for 1-2 legitimate shots at a championship in a heartbeat.

What’s different in LA this time is that he got Anthony fucking Davis to join. Even if he left in 2 years, LA would still have an incredibly bright future, much much brighter than keeping Ingram & Ball if you ask me.

AD is what, 27 years old? He's still got years of elite play left in him. Having him is so much better than having the likes of Ingram and Ball that it's not even a question.

Enjoy him and some other greats in the NBA for as long as they keep playing.

It's like The Federer v Nadal debate with Tennis. STFU and enjoy the fact that for nearly 20 years we've watched 2 of the most insane Tennis player ever, at the same time. Add Novak into that mix and you have a ridiculous run of dominance from 3 players.

I think it’s important to realize that Lebron will only be in the league for maybe 4 years or less - max. And his peak may continue for another year or two or three before he hangs it up or runs on fumes.

People need to stop debating and just stop and stare and soak in what’s happening.

It’s going to be really difficult for another player to match this level of achievement. 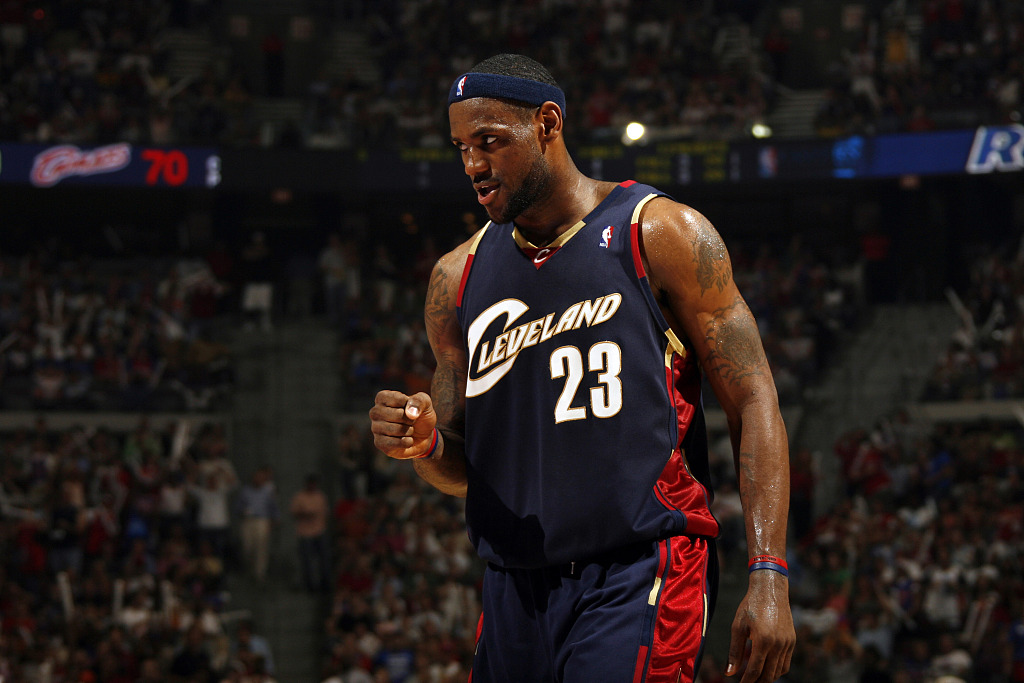 lebron's longevity is going to be solely based off if he can avoid any serious injuries.

He has such a high BB iQ that even if he's not physically as dominant in the coming years he will adapt his game and still be a force to have to deal with. Even if he's not driving to the basket every other play.

What’s stopping him from staying in longer, assuming no injuries? A diminished LeBron would still be a starter, a greatly diminished LeBron would still be better than most current bench players. It’s possible that he would quit once he was bench material, but if his son gets into the NBA and they can get their way onto the same team I can see him sticking it out as long as his body allows. He’s obviously very concerned with his legacy and the longer he stays in the more lifetime points / assists / etc. he gets. I would honestly give like a 10-15% chance that he tries to break the age record explicitly to add to his legacy further and make him feel untouchable

Man he got so unlucky playing his best ball during the Warriors dynasty. He would easily have 6+ rings now.....

People really use that against him too. 2015 his entire team gets injured.

Idk how you look negatively at those outcomes when they were legitimately impossible fights.

I saw some post the other day where the Cavs were down 3-0 in the 2018 finals but Brons statline was 37.7/10.7/9.0 on 53% fg. Shit is actually insane, against any other team he probably could have won that series despite the rest of the team choking.

Seriously, fucking KD ruined so much.

Did KD impact Lebrons legacy more than he did his own?

He impacted both but more so his own. He robbed LeBron of 1-2 more rings, but he also partially invalidated his own two rings because GSW was essentially Team USA without Bron. So now even if KD has 2 rings, most people still want KD to prove himself and get one under more realistic circumstances.

Lebron has both benefited and been a victim of the player movement era that he pretty much started.

That is true. I would say the big 3 in Boston truly started it, though. LeBron going to Miami made it take off 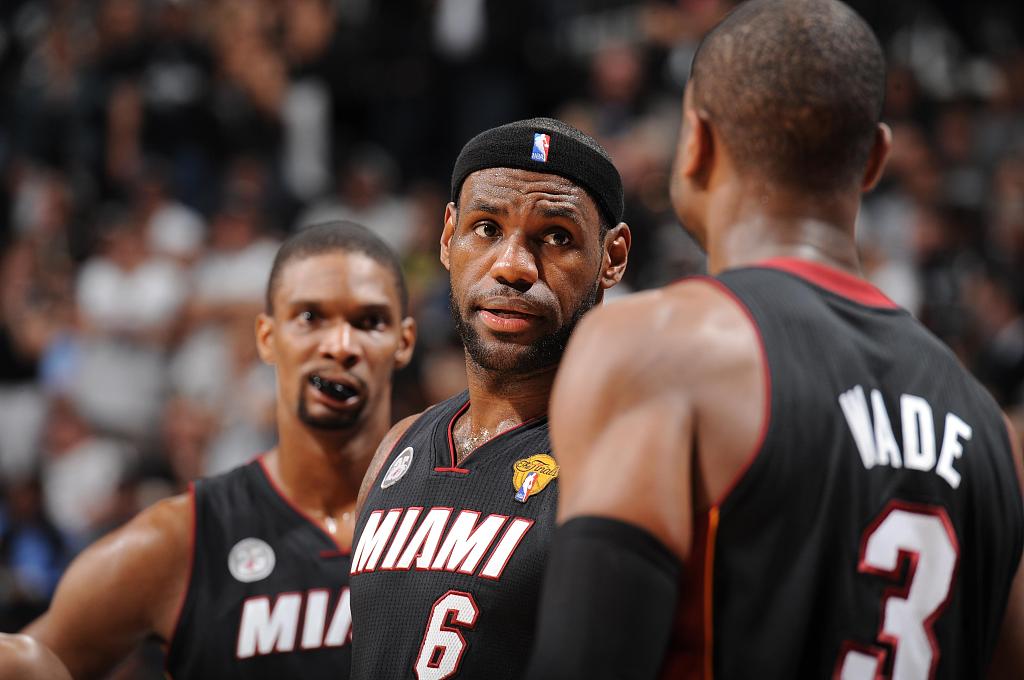 People slandered lebron for ruining the Cavs future... lmao.. The fucking Cleveland Cavaliers one of the all-time shittest franchises got some big contracts to pay after he left and he only got them 4 Eastern conference championships and ended a 50 year city wide championship drought.

I was one of those slanderers and have only recently come around as I see the Blazers get injured year after year and not make it.

The Cavs fucking sucked before he showed up. It's not like he trashed the Louvre or something.

Also the Cavs aren't in a terrible position rn. They've got great young pieces, most of their draft picks, and they're finally going to be below the tax line. The only awkward things for them are figuring out what to do with Love/Drummond and whether to re-sign TT but those issues have nothing to do with Lebron. It'll take a few years to sort out but this team has some promise

I mean we can already see, the terrible Cavs FO at work, drafting 2 meh, undersized guards back to back. Just drafting pretty meh overal. Trading for fckn Drummond of all people. Such a mess

Their front court of Love, Drummond, Thompson, and Nance is so crowded and confusing to me and they all are paid good money and they don't seem to want to trade any of them like wtf are they doing?

Imagine if Lebron was drafted by a team with a competent FO.

Goat discussion would be over IMO if that happened

unfortunately those teams (usually) don't get the 1st overall pick

Spurs in 96(?) and Warriors this year come to mind(not first but very close)

In another parallel universe, 17-yrs-old Chosen 1 LeBron is going to be drafted by either Spurs or GSW. LeBron will become fmvp the first year and straight up to 7 rings with the record 7-0. Fuck it, he’ll be the undisputed GOAT in the most glorious and easiest way

A healthy LeBron has guaranteed his team a Finals berth for a decade straight. That is fucking nuts. 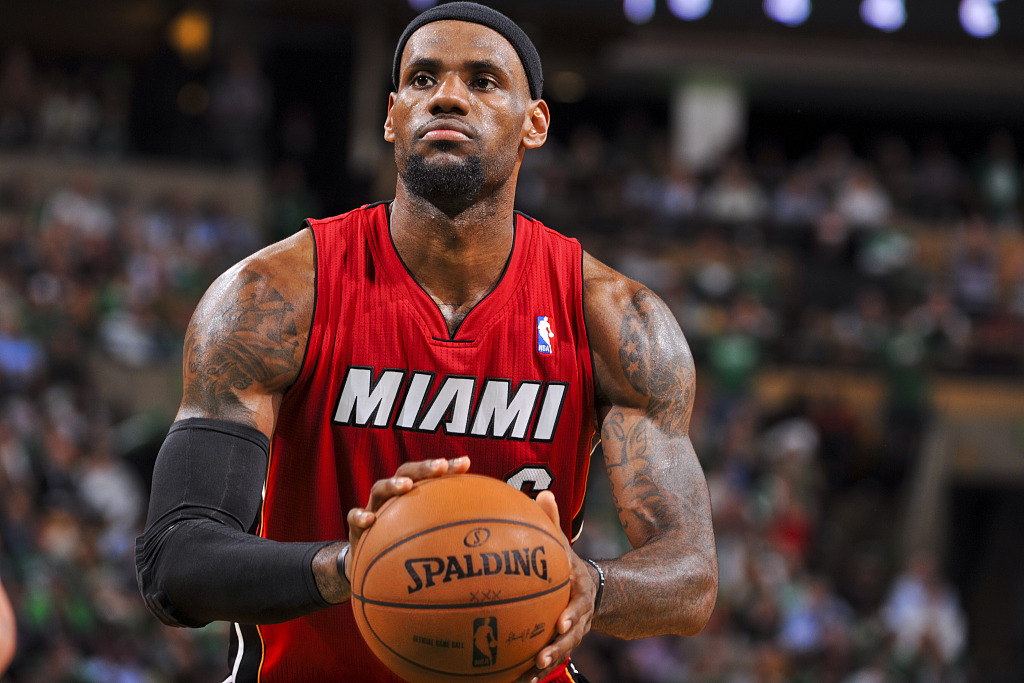 2011 finals failure was one of the most important moments of his career. Without that, we wouldn't have game 6 in the eastern finals in 2012.

We wouldn't have his finals mvp performance in 2015, cause let's be real he deserved that over Iggy.

2011 humbled the SHIT out of this man. He deserves everything he has now.

They were staring down the barrel of getting tossed by the Celtics, the entire Heat team was playing like fucking ass and LeBron through sheer will and what looked like genuine anger put that team on his back and single handedly won that game in the most spectacular fashion. It was more impressive than what he did to Detroit whilst still in Cleveland a few years earlier.

I will never forget watching when LeBron started taking over and he looked fucking PISSED, the look on his face... oh man. I saw and it thought "oh the Celtics are so fucked right now'.

Still probably the highest stakes game I've ever seen for any single player.

Dude's entire career and legacy were on the line and he straight didn't smile for 48 minutes.

Lebron also worked on his post game after 2011. People forget but back then he literally did not know how to post up and was going thru similar growing pains Gianni's is going thru with good defenses on him.

It really makes you appreciate Hakeem tho doesn't it? One of the best mentors out there